While in Tokyo, I walked through Yoyogi koen (Yoyogi Park) on my way to the Meiji Shrine. It is one of the largest parks in the city, an oasis of green space with a million paths for running and biking. I arrived at the dog walking hour, so I got a chance to practice my baby Japanese with the middle-aged lades walking their long-haired daschunds. (So far, I’ve seen more daschunds than any other type of dog. Maybe it’s too hot for the shiba inus to be out?)

Meiji Jingu is dedicated to the emporer who opened Japan to the west. (If the shrine name sounds familiar, Hillary Clinton went there during her 2009 Sec of State visit as a way to honor the history and culture of Japan). It features 175 acres of evergreen forest plant species donated by people all over Japan. Huge wooden gates (torii) mark the entrance. I was there just as the apprentice Shinto priests were walking through the grounds. The space is clean and peaceful–it’s easy to forget you’re actually in the heart of the city. One cool thing is the wall of nihonshu–straw wrapped barrels of sake. 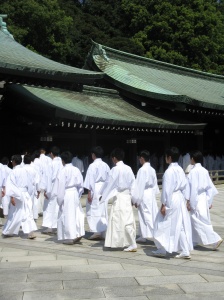 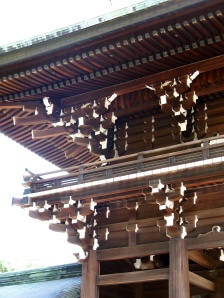 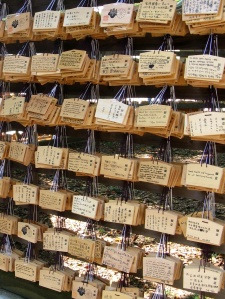 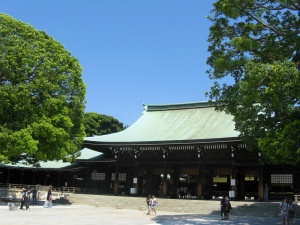 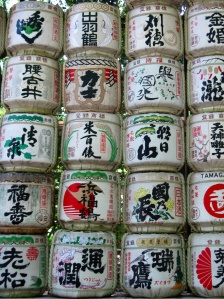 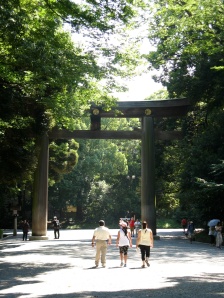